"And let us not be weary in well doing: for in due season we shall reap, if we faint not". Galatians 6:9
We have maybe two more weeks of the 2018 Legislative session.  It has been one of the most difficult and frustrating sessions yet but YOUR involvement can and will make the difference.  Our opponents NEVER give up nor do they let up. We need your prayers and we need your support and activism.  Only three Senate Committees remain open and five subcommittees and nine full committees in the House.  All but the Finance Committees have very short calendars.  Please pray for clarity, honesty and integrity as these last bills go through the process.

JONATHAN'S CORNER:
This day was the most tense day yet. Both our bills were up in the State Government committee at 10:00, so Mrs. Bobbie was anxious to make sure everyone was ready. We sat in on a bill review where some of the committee members discussed the bills on today's docket. The discussion over our bills was lively. After that, we sat in on the Health committee where nothing very interesting happened. The bill we were there for was not brought up. Then the moment of truth was at hand. Our bills were not high on the list, so we had to wait for a while. When the sanctuary city bill came up, it had some amendments that needed to be added. However, when some of the legislators were not paying attention, the committee failed one of them! That was crucial and also would have damaged the bill. Next some people in opposition to the bill testified. Lively discussion ensued. Thankfully, some of the bill's supporters were then able to bring the amendment back and add it to the bill. A discussion of court decisions and case law followed, with conflicting evidence on both sides. We found out that one of the Representatives had been threatened over the bill, and some other members had concerns with it, so - anticlimactically - it was rolled until the next meeting. Our ID bill fared better and was passed by the committee after being amended and being testified against by the same people. Soon after that the meeting ended and we grabbed a quick lunch while waiting for the next committee. The rest of the day was spent mainly watching a debate over drone surveillance and juror exemptions. On balance, the day was a good one. We made progress

LUKE'S CORNER:
The Internship is starting to come to a close within the next two  or three weeks.  It has been a great experience and I have had a lot of fun. This week was very exciting as we heard Miss Bobbie's bills that she is lobbying for, and several others including some of  Senator Mark Green's bills.  We also saw Sen. Steve Dickerson take down his medical marijuana bill saying he would bring it back as the original Bill.  He decided to do that because of the way things went.  The bill became not what he originally intended and it would cause more damage than good so he decided he would step back reexamine and bring it back.  As much as I disagree with medical marijuana because the problems that would cause, I respect his decision to not put something in that he did not agree with or that he did not think was right.

LAURABETH'S CORNER:
What a calm day! Normally we'd be running all over the capitol, going this way and that, trying to get a hold of a lesgislator or two -- But not today! Maybe it was because it was the 50th anniversary of Martin Luther King, Jr's assassination, or maybe it was because legislators are slowing down as committees stop and bills disappear. Whatever it may be, we enjoyed the serene environment as we went on with regular business. We watched an uneventful senate floor meeting (Look up HB 1701, you'll get a kick out of it!) before heading off to talk to a few representatives for sixty-seconds about our municipal-ID card bill. Though, what really surprised me Wednesday was the fact that we finally got to eat lunch for the first time in four weeks! Usually we'd just skip out due to committee meetings overlapping and causing us to miss out once or twice, or four times, but it was nice to just sit down and relax! It was an uneventful, yet fun day at the capitol, and I especially enjoy the time I get to spend with Ms. Bobbie as the session starts to slow!

The open space beside Cordell Hull is finished now and is really lovely! 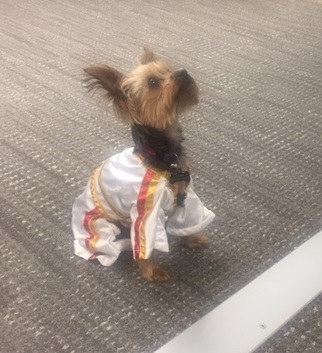 JUST FOR FUN:
"Elvis is in this House!"  Well at least Titan (Sen. Ed Jackson's grand-puppy) in his Elvis suit!! He loves coming to work with Ed and is very well behaved. Everyone loves him and stops to play with him. He is definitely the 'hit' of the seventh floor.

One of the primary duties of our elected officials is to protect the public and uphold the U.S. Constitution -- a vow many of them swore when taking office. Tennessee does not have the right to decide which federal laws it will choose to obey and which ones it will choose to ignore.
The federal government is taking strong steps against dangerous sanctuary policies, and states should join the effort. Sanctuary polices invite lawlessness, gang violence and crime. They are not in the best interest of the American public, are a clear violation of federal law and need to be stopped in their tracks.
Thomas Homan, acting ICE director. Homan said that 10,000 criminal aliens released back onto the streets recently by dangerous sanctuary policies have recommitted crimes.

STATUS:  I know this sounds like a broken record, but HB2315 is still in the State Government Committee.  One of the co-sponsors who is on the committee had some concerns that we needed time to address, so it was rolled once again.
ACTION:  Tuesday is IT!!  Last meeting of the State Government Committee and it is either 'do or die' with this important bill.  Please, Please, politely contact the members and ask them to help us get the bill out and on its way to the House Floor. ​​​​​
SB2332 is on the Senate Floor on WEDNESDAY. We need lots of contacts to members of the Senate politely asking each to support this important bill.

STATUS: So happy to FINALLY report the HB2312 was voted out of the State Government Committee and the Calendar and Rules Committee and is scheduled on the HOUSE Floor on Thursday. Please contact the House members and urge their support.
SB2333 is scheduled on the SENATE FLOOR on Wednesday. We really need your help in contacting the Senate members asking them to vote for this bill. 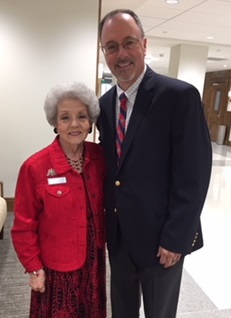 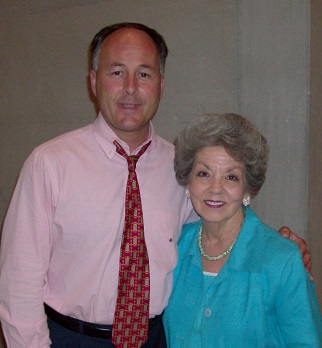 PROTECTING LEAs AND PRIVACY.
SB 2480 by *Hensley, HB 2620 by *Holt
Attorney General and Reporter - As introduced, expands the attorney general and reporter's duties to include representation of an LEA or certain LEA employees in a legal proceeding arising out of the LEA's adoption of a policy or practice designating multi-person restrooms, locker rooms, or other facilities for use based only on one's biological sex.
STATUS: HB2620 passed the Civil Justice Committee 7-4: Reps. voting aye were: Carter, Casada, Farmer, Forgety, Moody, Rogers, Terry -- 7. Reps. voting no were: Beck, Daniel, Hardaway, Stewart -- 4. When SB2480 was presented  in the Senate Judiciary, Sen. Mike Bell 'moved' the bill, but it failed to get a 'second' which meant the bill failed.
TN Senate Committee Leaves School Systems, Student Privacy Vulnerable to Attack.