Tennessee has always welcomed the diversity of culture that refugees bring to our state. Several years ago, the state opted out of administering the Refugee Resettlement program. Instead, one of the larger and more active resettlement agencies was enlisted to perform this function.

This bill is intended to help close that gap and support the receipt of information which must be considered in light of state and local budget constraints and increased competition in the job market. This bill will also ensure the accountability to the state of its appointed fiduciary that is now administering the program. 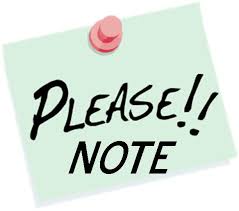 As might be imagined, this groundbreaking legislation has generated a great deal of attention. The three articles below are worth reading:

1. Affected communities should have a say
2. State a critical partner in program
3. A Rebuttal to Holly Johnson

commitments are made for refugee resettlement in any particular community. For more information, go HERE. The bill has been re-written to address the concerns of the parties involved and is moving forward. You will want to read this excellent letter of support: Relocating refugees get help with proposed legislation.

STATUS: On May 3, SB1670 was voted out of Senate State and Local Committee on a bi-partisan vote of 7-1-1. Senators voting aye were: Campfield, Faulk, Harper, Ketron, Norris, Tracy, Yager - 7. Senators voting no were: Finney L - 1. Senators present and not voting were: Haynes -1.

I am SO PLEASED to report a GREAT VICTORY!!
Thanks goes out to our great sponsors, Sen. Jim Tracy (R-Shelbyville) and Rep. Bill Dunn (R-Knoxville) for their tireless work and to all of out co-sponsors who, by signing on, expressed confidence in what we wanted to accomplish.

Immigration - As introduced, codifies federal regulations to ensure that local absorptive capacity is evaluated at regular intervals in consultation between local governments and local resettlement agencies before commitments are made for refugee resettlement in any particular community.
As amended, on Thursday, May 12, 2011, SB1670 passed the Senate Floor 22-9-1.
VOTING YES: All the Republicans plus Sen.Henry and Sen. Tate.
VOTING NO: Democrats Barnes, Berke, Burks, Finney, Ford, Haynes, Herron, Marrero, Stewart.
PRESENT, NOT VOTING: Democrat Harper.
NOT VOTING: Democrat Kyle
This bill was signed by the Governor on May 27, 2011; became Public Chapter 316.