NEWS
‹‹ Zoom Use Skyrockets During Coronavirus Pandemic, Prompting Wave of Problems for Schools
The Bill of Rights Is Not ‘above’ Any Government Leader’s ‘Pay Grade’ ›› 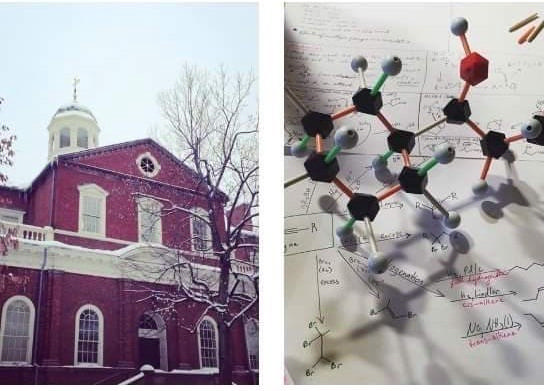 Harvard ’18, NYU ’21, homeschooled. Committed to the promotion of truth, freedom, and excellence

I graduated from Harvard with honors. In fact, Harvard was the very first school I ever set foot in. The first 12 years of my education, I was homeschooled, from kindergarten to 12th grade. I was proud of my school, until last night, when I read Harvard Magazine’s article on the so-called “risks” of homeschooling. In essence, this article is not an attack on a form of education some might view as lesser quality. In essence, this article is an attack on the fundamental rights and freedoms that make our country (and until recently, institutions such as Harvard) what they are.

As a homeschooled applicant, I had to work harder than most students when applying to college. I knew my application was going to be viewed differently than other applications, despite what admissions advisors might say. I knew I had to prove myself. I worked harder than I ever had in my life, and when I was accepted to Harvard, I was ecstatic — it was truly a dream come true. In the next four years, the work I did to succeed and do well at Harvard surpassed anything I had done to get into college, and graduating from Harvard was the proudest and most exciting day of my young life. It was the pinnacle of my life up to that point; all my work (academic and otherwise) was reflected in that achievement. The skills and values I had been taught at home, by my parents and online teachers, enabled me to reach that goal. Homeschooling, and the lessons and characteristics I learned and honed during the first 18 years of my life, prepared me to succeed — no, excel — at one of the most difficult and prestigious universities in the world.

Thus, it is disappointing that Harvard Magazine’s Erin O’Donnell, quoting Harvard Law School professor Elizabeth Bartholet, argues it is the government’s responsibility to educate the children of this nation. She is not arguing everyone has a right to education — they absolutely do. Rather, she argues the government has more of a right to educate, care for, and control your children than you, their parents, do; and furthermore, they can do it better. The idea that a government, already so inefficient and inadequate in so many areas, can care for and educate every child better than its parent is wrong.

The article argues only those whom the government deems correct can teach children; this is a blatant rejection of free thought, suppression of democratization of education, and attack on the freedoms and rights the citizens of our country fought long and hard to win. This article speaks directly against constitutional rights to parent your child as you see fit and exercise free speech. It speaks directly against those ideas of liberty and freedom that are fundamental to the success of our nation.

Additionally, this anti-homeschooling narrative coming out of Harvard is completely contradictory to its recent crusade of “diversity,” “inclusion,” and “acceptance.” During my four years on Harvard’s campus, I saw many protests, new rules and regulations, and initiatives to promote diversity, inclusion, and tolerance. We as humans thrive on diversity, and the openness and freedom of thought and opinion and dialogue that comes with it. The scientific community thrives on open source solutions. The arts thrive on the creativity and optimization of ideas that are only possible through diversity.

The restricting and banning of individual rights, especially on the basis of religious or political beliefs, or other ideas protected under freedom of speech is not democratization — it stems from the fundamental desire for a world without a certain group of people, and that desire makes the survival of creative, peaceful, pluralistic community impossible. I am sure that neither O’Donnell or Bartholet truly desire a world without homeschoolers, and I am sure that is not the vision Harvard wants to present to our world. That is discrimination, and it is wrong.

Furthermore, the information presented in O’Donnell’s article is faulty. It is fundamentally untrue that 90% of homeschooling families are conservative Christians (even if that were the case — why does that matter? Are we not a country committed to freedom of thought, freedom of belief, freedom of religion? Are we not a two party government wherein roughly 50% of the nation adheres to and promotes conservative or individualist thought?). She presents no real evidence regarding statistics of abuse, mistreatment, mental health, or success within the homeschooling community. In fact, there is strong evidence to the contrary — homeschooled students consistently test approximately 30% higher than the national public school average in all subjects tested. Homeschool students consistently demonstrate higher high school GPA’s, higher SAT/ACT scores, and higher first year college GPA’s. According to Harvard Admissions policies, homeschooled students are not evaluated any differently than students from other educational backgrounds.

Studies indicate homeschooled children test as well as or higher than other students when evaluated for social acumen. Statistics consistently demonstrate higher levels of abuse, bullying, suicide, and drop out rates in children and young adults who were educated in the public school system. Of course, all statistics aside, ultimately it is the parents’ decision whether to educate their child at home or elsewhere.

Yes, there are always outliers. No homeschooling parent is perfect, and in many cases, the public school system is a wonderful opportunity and service for families without other preferable options. However, clearly those in power in Washington (and apparently in our Law Schools) are less perfect than most. Homeschoolers are frequently more “community minded,” “socially aware,” “empathetic,” and “democratic” than those publicly educated.

There are always outliers, but given the thousands of students in public schools who are bullied, abused, and end up committing suicide because of their educational atmosphere, I am shocked more isn’t being done to address those issues first. Clearly, O’Donnell and Professor Bartholet desire that the governmental agenda to waste time and money be extended to our right to education — force everyone to the same time wasting, low achieving, inefficient level, and the population is more easily controlled and brainwashed with ideas and agendas directly contradictory to democracy, excellence, truth, and freedom.

I, as well as other homeschoolers who went to Harvard, feel strongly about the success of our background. In an article published by Harvard on the subject, a homeschooled student said, “Homeschooling prepared me for Harvard really well because it fostered such a strong love for the act of learning. Not learning for a grade, not learning for an exam, but learning for the sheer love of knowledge itself.”

Harvard provided me with a strong education, but I excelled at Harvard because when I set foot on that campus on the first day of freshman year, I was armed with motivation, self-discipline, determination, perseverance, and an excellent understanding of the world, the way it works, and my place within it. I excelled at Harvard because before I was even accepted, I was taught to love and value learning, community, ideas, and excellence.

I excelled at Harvard because I was homeschooled, and of that I am proud. It is deeply disappointing that Harvard is choosing and promoting an intellectual totalitarian path that calls for a ban of the liberties that helped me and countless others succeed, for it is those liberties and ideals that have made America the great nation it is today.