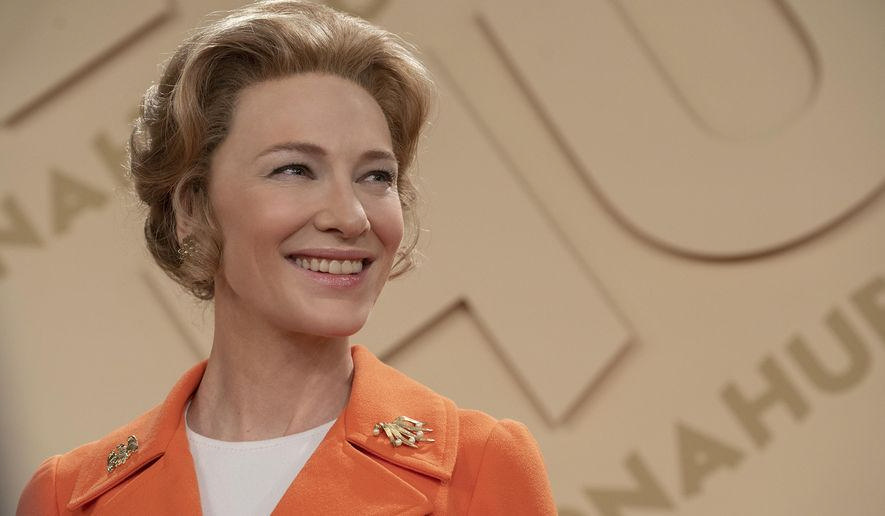 Anne Schlafly Cori adored her parents, Fred and Phyllis Schlafly, which is why she is appalled by “Mrs. America.”

The FX on Hulu miniseries, starting Wednesday, gives what Mrs. Cori describes as a skewed, inaccurate portrayal of her mother, the conservative activist who brought down the Equal Rights Amendment, and an even worse depiction of her father, who is reportedly accused of raping her mother.

“I haven’t seen it, but I’ve talked to two reporters who have seen it. Both of them told me that my father rapes my mother in the show,” Mrs. Cori told The Washington Times. “Which is pretty personal.”

The April 6 review in Vanity Fair backs it up: “We watch as her husband Fred (John Slattery) insists upon having sex with her, over her protestations.” The Baltimore Sun reported that the scene shows him “forcing himself sexually on her after she’s had a long and frustrating day.”

That scene bears no recognition to the parents she knew, Mrs. Cori said. She added that the show’s previews give a “horrific misrepresentation” of her mother and called the marital rape scene “a falsehood and a slur against my father.”

“There was nobody more supportive of my mother than my father,” Mrs. Cori said. “She could not have done what she did without his full support. My father liked to quip, ‘I regret that I have but one wife to give to my country.’ “

Mrs. Cori, the youngest of the six Schlafly children, grew up in Alton, Illinois. She said her bedroom was next to her parents’ room.

“My parents were married for 43 years. They had a loving relationship,” she said. “They were in love, and both of them treated each other with the utmost respect. They were both devout Roman Catholics, and they believed in marriage as a sacrament.”

There is no question that Mrs. Schlafly was a divisive figure. The strong-willed writer, lawyer and mother of six took on the Equal Rights Amendment in 1972 as it sailed toward confirmation and stopped it in its tracks, defeating the feminist movement with her unlikely grassroots army of stay-at-home moms

By all accounts, “Mrs. America” portrays Mrs. Schlafly as a power-hungry, politically ambitious ice queen who refused to apply the same traditional standards she espoused to her own high-profile life, as well as a victim of the Republican patriarchy and her own husband.

None of that is true, said Mrs. Cori, but the producers “were not interested in getting the truth.”

“I believe they had already planned what the agenda of their show was, and they didn’t want anything to detract, like the truth,” she said.

Colleen Holmes Holcomb, who served for six years as executive director of the Schlafly-founded Eagle Forum, called the show a “shockingly dishonest” effort to revive support for the ERA by denigrating its biggest foe.

“We’ve clearly done quite well without [the ERA],” Mrs. Holcomb said. “Why are we trying to settle an old score to advance an amendment that was soundly rejected and has proved to be completely unnecessary?”

The reason for the marital rape scene is unclear, but Mrs. Schlafly came under fire in 2007 for saying at Bates College, “By getting married, the woman has consented to sex, and I don’t think you can call it rape,” as recounted by People for the American Way’s Right Wing Watch.

Asked about the statement in 2008, Mrs. Schlafly said, “I think that when you get married, you have consented to sex. That’s what marriage is all about. I don’t know if maybe these girls missed sex ed. That doesn’t mean the husband can beat you up. We have plenty of laws against assault and battery.”

Mrs. Holcomb never met Mr. Schlafly, who died before she began working for the Eagle Forum in 2008, but said that “any time you brought up her husband, she was just overcome.”

“She adored him, and from everything I’ve heard, he adored her and was a huge advocate for her,” said Mrs. Holcomb, now a lawyer in Newport News, Virginia.

Mrs. Schlafly ran unsuccessfully for Congress in 1952 in a Democratic-controlled district, but Mrs. Holcomb recounted that she wasn’t the Republican Party’s first choice.

“The Republicans initially approached Fred, and he said, ‘I don’t want to do it, but you should get Phyllis to do it.’ In 1952! And she had a young child,” said Mrs. Holcomb. “So this was not someone who was hindered or held back by her husband in any regard.”

She described Mrs. Schlafly as “very funny, very personable,” in contrast to Cate Blanchett’s portrayal of her as “cold and calculating.”

“She would often say — and it was a joke because it made the feminists so mad — I would like to thank my husband for letting me be there,” said Mrs. Holcomb. “That’s another thing we’ve been told: that Phyllis has been portrayed as cold and calculating. Anybody who knew her knew she was not cold or calculating.”

Mrs. Cori, now head of the Eagle Forum, said she attempted to contact the producers without success. The nine-part miniseries was produced by Tracey Ullman, who plays feminist Betty Friedan, as well as Niecy Nash and Dahvi Waller.

Ms. Waller insisted that she and Miss Blanchett tried to “put judgment aside” in portraying Mrs. Schlafly and that it’s “a great challenge for every writer to write a character who’s so different from them.”

“I think there will always be people who say, ‘She’s the Antichrist. I don’t want to watch her. I don’t want to feel anything for her,’ and that’s totally fine and totally defensible,” Ms. Waller told Vanity Fair. “But I don’t think we do ourselves any favors by painting the people who don’t agree with us as monsters. It makes us feel better, but I don’t think we ultimately gain any knowledge from that.”

Miss Blanchett’s doppelganger performance has been nearly universally praised. Critics gave the series a 95% fresh rating on Rotten Tomatoes, but Mrs. Cori said nobody who knew Mrs. Schlafly would recognize the characterization.

“She got the hair and makeup and clothing right, but she missed the essential nature of my mother, which was her warmth,” Mrs. Cori said.

Then there is the portrayal of her aunt. In its review, Vanity Fair said, “If anyone needs the women’s movement, it’s Phyllis, who chafes at domestic tasks, leaves her children’s upkeep to her unmarried sister-in-law (Jeanne Tripplehorn), and seethes with political ambition.”

“There’s another person who’s slammed in this show, and that’s my aunt Eleanor, who was a vivacious, strong woman who ran her own organization,” Mrs. Cori said. “I understand that she’s portrayed as this unhappy wallflower, and that couldn’t be farther from the truth.”

Mrs. Schlafly died at age 92 in 2016 and was “perfectly happy to respond to any criticism ever leveled against her,” Mrs. Cori said.

“But to wait until after she’s dead to level this criticism doesn’t give her the opportunity to respond to it,” Mrs. Cori said. “And it isn’t just my mother who’s misrepresented. It really is a slam on my honorable father, and of course these people they’re slamming are all dead. They’re not here to defend themselves.”