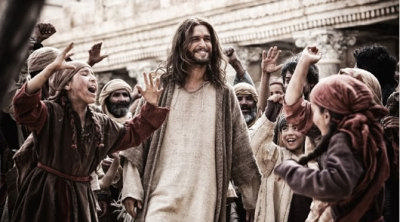 Christian
Easter is About the power of God, His hatred of sin and His great love for an undeserving mankind

What’s Easter all about?

What does this solemn yet celebratory week say about God? About Jesus? To mankind? And what difference should Easter make in our lives today?

Easter week is the most sacred of all Christian holidays. But why is it so special? Easter is about God’s plan for the ages, the humans created in His image, the reality of Sin, Satan and rebellion, God’s wrath and justice against sin, and His plan of redemption. Early in Genesis, God promised that one day His heel would be bruised but the head of Satan would be crushed. Christ’s crucifixion and death on the cross bruised God’s heel but His resurrection crushed Satan’s head, confirming His victory over sin and death.

Christ’s blood paid the debt of mankind’s sins and fulfilled God’s demand for justice, providing salvation for all people. All those putting their trust in the Risen Savior, the Promised Redeemer, receive eternal life with Him.

God’s promise to crush Satan’s head continued with God’s promise to Abraham of a Promised Redeemer through a promised people. Through time, Satan tried to destroy the lineage through whom the Redeemer would come. He led Pharaoh in Egypt to kill the young males and led Herod to kill all baby boys under the age of 2. On the Mount, he tempted Jesus to avoid the cross and tried to destroy God’s redemption plan. But the devil could not trick Jesus, kings could not kill Him, and haters of Israel could not destroy God’s plan.

That plan included a day 2,000 years ago when Jesus entered Jerusalem riding on a borrowed donkey. The crowds shouted, “Hosanna!”—blessed is the king of Israel who comes in the name of the Lord. But the envious Pharisees said, “the world’s gone after him,” and they plotted His murder.

That plot worked, at least physically, and Jesus gave His life to pay a debt of sin He never owed because we had a debt of sin we could never pay. Some by faith alone accept Jesus as Savior and receive eternal life. Others reject Him and sadly choose eternal death. It is truly a matter of life or death.

Ultimately, Easter is not a freestanding or initiating event. It’s a confirming event.

While Easter is a witness of God’s Power over death and sin, a fulfillment of his promise of redemption and proof of His victory over Satan, it’s also historical. Proven and witnessed by hundreds, the power of Easter is also very personal because it was Christ’s willing death on the cross to shed His blood.

Easter is a fact. It happened. Jesus died. He rose from the dead. He paid our debt. This Easter, it’s crucial that all who are willing become children of God, restored in relationship to their Creator God.

And as Christians mark Good Friday, they remember that the greatest battle ever fought was won. Victory was declared. The end of the war was certain. From the cross, bloody and beaten, Jesus declared, “Into thy hands I commend my spirit.”

With those solemn words, Jesus died, fulfilling His words that no man would take His life. The perfect Lamb—God’s promised redeeming sacrifice—became sin for us and died so we could live. What Satan schemed as victory over Christ was Christ’s victory over Satan, death and hell.

As Christians, rejoice in the finished work of Jesus Christ on the cross. Because three days later, to the disciples’ ecstatic joy, they heard the glorious words from the angel’s mouth: “Remember what He said to you? He is not here. He has risen!” To that we reply, “He is risen indeed.” For all who trust in Him alone—by faith alone—death is swallowed up in victory.

And that’s the best news ever. Easter is about the power of God, His hatred of sin and His great love for an undeserving mankind.