NEWS
‹‹ Pakistani Doctor Arrested in MN, Charged with Attempting to Provide Material Support to ISIS
HIGHER EDUCATION The Student Debt You Willingly Took On Is Not My Problem To Solve ›› 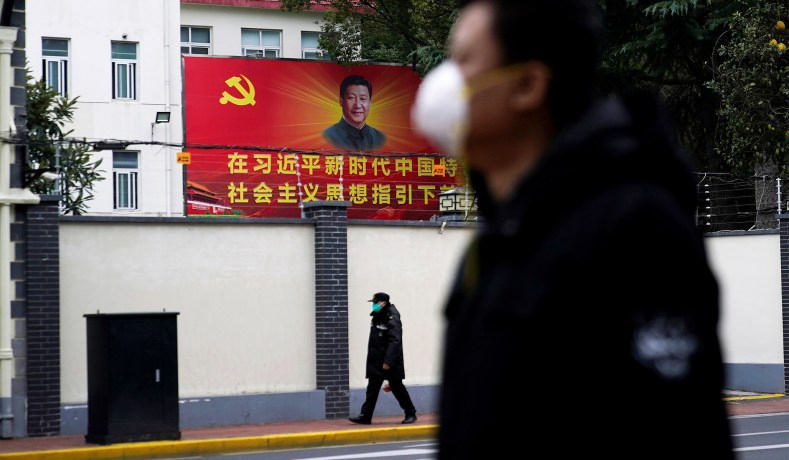 As a country, we’ve got our hands full right now. But while we’re sitting in various forms of self-quarantine, we — and a lot of other people around the world — will have a lot of time to read about the Chinese government destroying samples and suppressing information about the coronavirus in December:

Chinese laboratories identified a mystery virus as a highly infectious new pathogen by late December last year, but they were ordered to stop tests, destroy samples and suppress the news, a Chinese media outlet has revealed.

A regional health official in Wuhan, centre of the outbreak, demanded the destruction of the lab samples that established the cause of unexplained viral pneumonia on January 1. China did not acknowledge there was human-to-human transmission until more than three weeks later.

The detailed revelations by Caixin Global, a respected independent publication, provide the clearest evidence yet of the scale of the cover-up in the crucial early weeks when the opportunity was lost to control the outbreak.

And the Chinese government’s attempt to silence doctors warning others about the disease:

As word of a mysterious virus mounted, Li Wenliang shared suspicions in a private chat with his fellow medical school graduates.

The doctor said that seven people seemed to have contracted SARS — the respiratory illness that spread from China to more than two dozen countries and left hundreds dead in the early 2000s. One patient was quarantined at his hospital in Wuhan, China, Li said. He urged people to be careful.

Li and seven other doctors were quickly summoned by Chinese authorities for propagating “rumors” about SARS-like cases in the area — but their warnings were prescient. Soon, health officials worldwide would be scrambling to combat a novel virus with a striking genetic resemblance to SARS.

And the Chinese authorities spending January “denying it could spread between humans — something doctors had known was happening since late December — and went ahead with a Chinese Lunar New Year banquet involving tens of thousands of families in Wuhan.” Doctors say that in Wuhan, people who had no connection to that Hua’nan market were among the first showing the symptoms — suggesting that from the beginning, Chinese authorities should have understood that human-to-human transmission was already happening.

Even by the Chinese government’s own account of events, President Xi Jinping knew about the disease for two weeks before making any public comments about it.

Under fire for its response to the coronavirus epidemic, China’s authoritarian government appears to be pushing a new account of events that presents President Xi Jinping as taking early action to fight the outbreak that has convulsed the country.

But in doing so, the authorities have acknowledged for the first time that Mr. Xi was aware of the epidemic and involved in the response nearly two weeks before he first spoke publicly about it — and while officials at its epicenter in the city of Wuhan were still playing down its dangers.

The hospital’s leadership also banned staff from discussing the disease in public or via texts or images, Dr. Ai Fen said. Eight days later, a nurse in her department started to feel sick, and it was later confirmed she was infected by the coronavirus. By early March, three doctors at the hospital had died from the infection.

We are in this mess in large part because of the decisions of the Chinese government. And once it’s safe to come out, we’re going to face some extremely consequential decisions about how we choose to treat the Chinese government after their catastrophic secrecy, coverups, blundering, and disregard for human life around the globe.