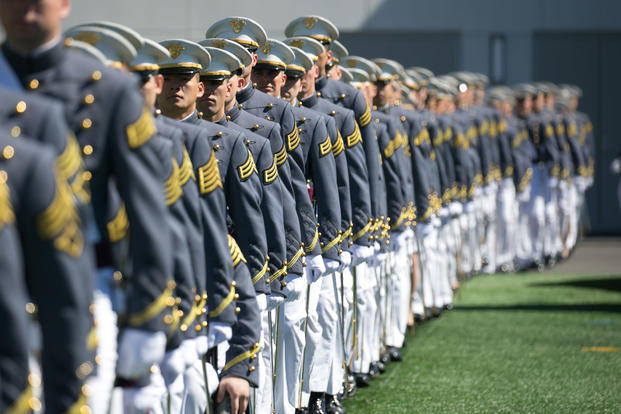 Military
Our Military Should Be Cultivating Masculinity, Not Denigrating It

A recent review of U.S. special operations forces pointed to a leadership crisis in our military, concluding that leadership, discipline and accountability must be strengthened at all levels. West Point Military Academy, which is supposed to be the Army's preeminent leader development institution, hasn't been immune to this breakdown in leadership. Earlier this month, West Point cadets attended "Honorably Living Day," a mandatory event dedicated to promoting diversity and feminist thought where facilitators discouraged what they called "toxic masculinity."

The curriculum featured the documentary Miss Representation, which was produced by Jennifer Siebel Newsom, first lady of California and wife of Gov. Gavin Newsom (D-Calif.). The documentary included commentary from left-wing commentators such as Katie Couric, Rosie O'Donnell, and Jane Fonda. What does any of this have to do with fighting and winning wars? That was the question Lt. Gen. (Ret.) William G. "Jerry" Boykin asked when he joined Washington Watch yesterday to discuss this new initiative. "In no way does this help enhance the readiness of our military," he told me. "It is a reflection of what was forced on our military in the Obama administration. The disappointing thing is that it's still there..."

Instead of developing leaders, West Point is taking time to attack masculinity. The program even questions the phrase "be a man." Yet, by attacking masculinity, mandatory trainings such as Honorably Living Day undermines the very characteristics our military desperately needs. General Boykin quoted George Orwell, who fought in the Spanish Civil War and observed the hardships of battle first-hand: "Orwell said, 'We rest well in our beds at night because rough men stand ready to do violence against those who would threaten us.'"

General Boykin argues that the campaign against masculinity inflicts a great deal of damage on society beyond the military. "This whole idea of 'hypermasculinity,' which is one of the phrases that they've coined now... is absolute nonsense, has nothing to do with reality. It is about destroying men because they are the foundations of the family... The men are so important, and the men are walking out of their families today all over America. And this is a reflection of exactly what the crisis in masculinity is all about." Indeed, a lack of male leadership has certainly taken its toll on American families. All the more, this highlights the importance of preserving strong and moral male leadership in the military, despite the Left's effort to destroy it.

For centuries, men have largely been the ones fighting wars, protecting their countries, and defending their people. Instead of disparaging a perceived "toxic masculinity," the U.S. military should be building the character of men and fostering their natural instinct to protect and defend. The strength of our military and the security of our nation depends on it.