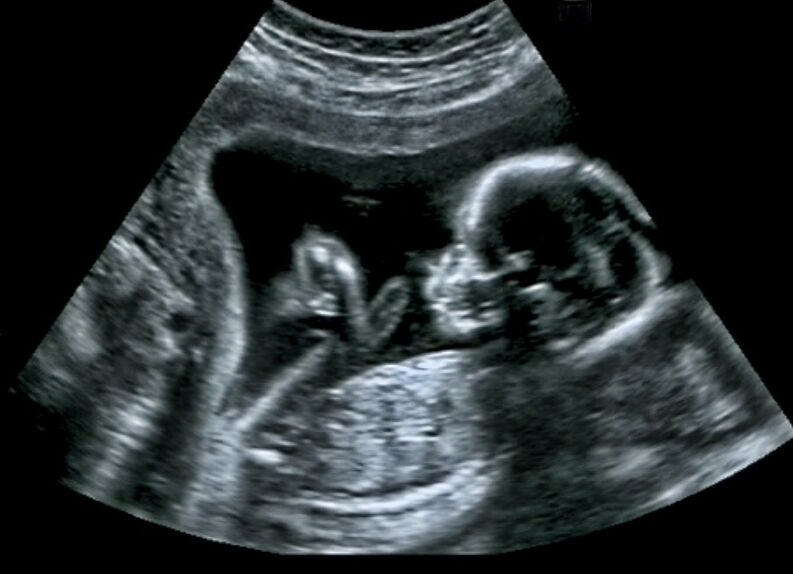 The problem is not abortion. Abortion is the symptom of the problem you and I have. We have lost God as maker.

The following is a sermon given before Divine Service — the service of the Word and Sacrament — before the listeners participated in today’s March for Life in Washington, DC.

It’s the same expression used in today’s epistle: “I charge you in the presence of God, who gives life to all things.” “Who gives life.” It’s all built on the word Zoē—like the girl’s name Zoe, or zoology. You go to a zoo to see living things.

When that word is used about humans, it means a decision about leaving someone alive. Pharaoh exposed the Hebrew babies, “So that they might not live.” He didn’t leave them alive.

But whenever it means to give life, God is the subject, the doer. “I charge you in the presence of God, who gives life.” Man cannot give life, we can only let live—or not let live, a.k.a. murder. Only God can give life. Only God has the power of life in himself.

That’s the problem, that we have forgotten we are made. Made by God. Yes, yes, you believe in creation. But don’t run so quickly past it. Psalm 100 hints at the implications: “Know that the Lord, He is God; It is He who has made us, and not we ourselves.”

When we put off praying, we confess, “He has not made me, but I make myself.” With every thoughtless bite of food; with every evening that ends without confession and thanksgiving; with each consent to greed, gossip, revenge, lust; with every lie we believe the lie, that we can be as God. In a thousand small, insidious ways, our lives say, “It is not He who has made us, but we ourselves.”

The problem is not abortion. Abortion is the symptom of the problem you and I have. We have lost God as maker. And with that loss, we have forgotten that we are made, that we stand as recipients of His life, under His ordering and stewards of His gifts. The culture of death infects us all.

What in heaven does that mean? It means that for God, life is not a static thing. It’s not a thing at all, as though we could find and possess life the way we might take hold of a basketball or a burrito. Life is not a thing, but in God it is an activity, a continual self-giving. Life is almost, then, a verb, an action, like love.

The things that have come to pass in Jesus is His self-giving. He becomes a fetus in Mary’s womb; He becomes a crying infant, cold and hungry; He becomes a desert wanderer, starving and tormented by demons; He becomes the subject of slander and spitting; He is whipped, and pierced; He is laid in the tomb. Having loved His own who were in the world, He loved them to the end. That’s where life is found: in the crucified Jesus.

Today is St. Timothy’s day. Our hymnal calls him pastor and confessor. Not everyone is a pastor, and a pastor is not a superior Christian to others. But St. Timothy’s day is for all of us, for every one of us is called to be a confessor.

Today we don’t confess that we are against abortion. We are, of course. But that’s not quite it.

Today we don’t confess that we are pro-life. We are, of course. But that’s not quite it, either.

Today we confess that God gives life to all things. God makes, and we are made.

He makes life, and we leave alive.

Like the Hebrew midwives, we cannot stand idly by when pharaoh “[exposes] babies, so that they might not live.” We have an obligation to the victims of society. It is not enough, as Dietrich Bonhoeffer said, to bandage the wounds of those crushed by the wheel of injustice; “we are to drive a spoke into the wheel itself.”

But we do so as confessors. We confess that we are sinners, great sinners, with the culture of death flowing in our veins and pulsing through our corrupted brains. And we confess that only in Jesus is the life we need.

“[One] man dealt treacherously … making them expose their babies, so that they might not live.” But another Man has come. The things that have come to pass in Him are life. He makes, and in Him, you are made alive.