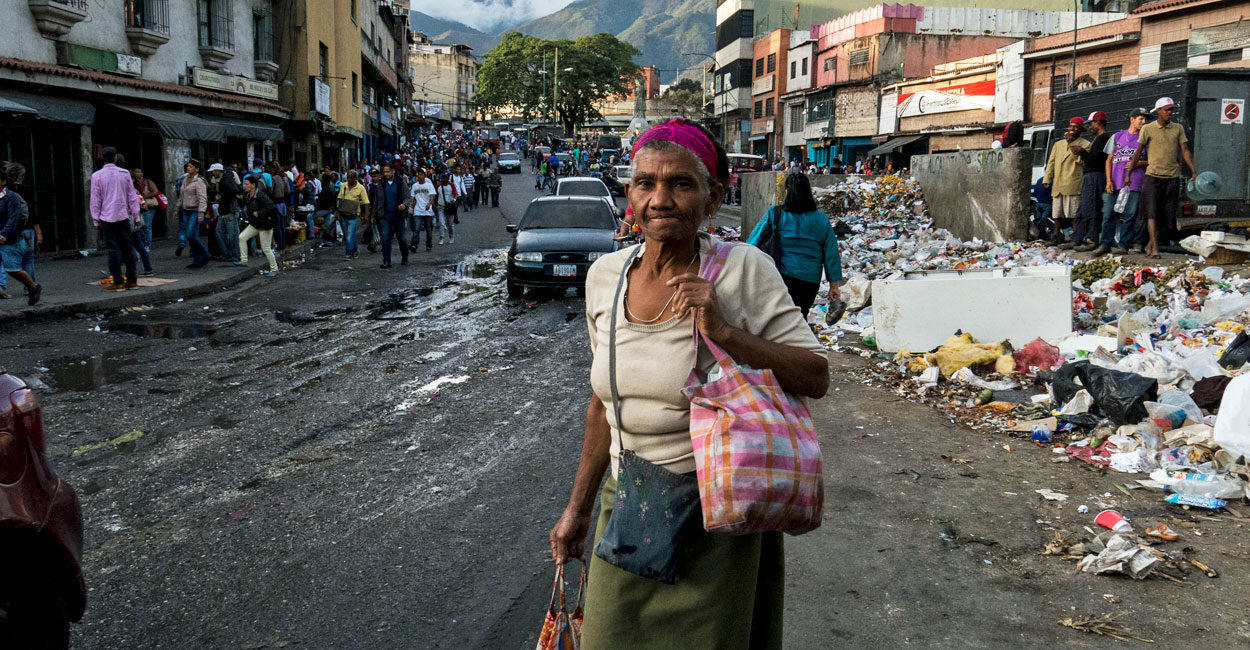 Socialism
Sorry If You’re Offended, but Socialism Leads to Misery and Destitution

On the same day that Venezuela’s “democratically” elected socialist president, Nicolas Maduro, whose once-wealthy nation now has citizens foraging for food, announced he was lopping five zeros off the country’s currency to create a “stable financial and monetary system,” Meghan McCain of “The View” was the target of internet-wide condemnation for having stated some obvious truths about collectivism.

During the same week we learned that the democratic socialist president of Nicaragua, Daniel Ortega, is accused of massacring hundreds of protesters whose economic futures have been decimated by his economic policies, Soledad O’Brien and writers at outlets ranging from GQ, to BuzzFeed, to the Daily Beast were telling McCain to cool her jets.

In truth, McCain was being far too calm. After all, socialism is the leading man-made cause of death and misery in human existence. Whether implemented by a mob or a single strongman, collectivism is a poverty generator, an attack on human dignity, and a destroyer of individual rights.

It’s true that not all socialism ends in the tyranny of Leninism or Stalinism or Maoism or Castroism or Ba’athism or Chavezism or the Khmer Rouge—only most of it does. And no, New York primary winner Alexandria Ocasio-Cortez doesn’t intend to set up gulags in Alaska. Most so-called democratic socialists—the qualifier affixed to denote that they live in a democratic system and have no choice but to ask for votes—aren’t consciously or explicitly endorsing violence or tyranny.

Next year, absolutely everything is on the line. Defend your principles before it is too late. Find out more now >>

But when they adopt the term “socialism” and the ideas associated with it, they deserve to be treated with the kind of contempt and derision that all those adopting authoritarian philosophies deserve.

Socialism is perhaps the only ideology that Americans are asked to judge solely based on its piddling “successes.” Don’t you dare mention Albania or Algeria or Angola or Burma or Congo or Cuba or Ethiopia or Laos or Somalia or Vietnam or Yemen or, well, any other of the dozens of other inconvenient places socialism has been tried. Not when there are a handful of Scandinavian countries operating generous welfare state programs propped up by underlying vibrant capitalism and natural resources.

Of course, socialism exists on a spectrum, and even if we accept that the Nordic social program experiments are the most benign iteration of collectivism, they are certainly not the only version. Pretending otherwise would be like saying, “The police state of Singapore is more successful than Denmark. Let’s give it a spin.”

It turns out, though, that the “Denmark is awesome!” talking point is only the second-most preposterous one used by socialists. It goes something like this: If you’re a fan of “roads, schools, libraries, and such,” although you may not even be aware of it, you are also a supporter of socialism.

This might come as a surprise to some, but every penny of the $21,206 spent in Ocasio-Cortez’s district each year on each student, rich or poor, is provided with the profits derived from capitalism. There is no welfare system, no library that subsists on your good intentions. Having the state take over the entire health care system could rightly be called a socialistic endeavor, but pooling local tax dollars to put books in a building is called local government.

It should also be noted that today’s socialists get their yucks by pretending collectivist policies only lead to innocuous outcomes like local libraries. But for many years they were also praising the dictators of Cuba, Nicaragua, and Venezuela. Sen. Bernie Sanders, I-Vt., the nation’s most successful socialist, isn’t merely impressed with the goings-on in Denmark. Not very long ago, he lauded Hugo Chavez’s Venezuela as an embodiment of the “American dream,” even more so than the United States.

Socialists like to blame every inequity, the actions of every greedy criminal, every downturn, and every social ill on the injustice of capitalism. But none of them admit that capitalism has been the most effective way to eliminate poverty in history.

Today, in former socialist states like India, there have been big reductions in poverty thanks to increased capitalism. In China, where communism sadly still deprives more than a billion people of their basic rights, hundreds of millions benefit from a system that is slowly shedding socialism. Since the fall of the Soviet Union, the extreme poverty rate in the world has been cut in half. And it didn’t happen because Southeast Asians were raising the minimum wage.

In the United States, only 5 percent of people are even aware that poverty has fallen in the world, according to the Gapminder Foundation, which is almost certainly in part due to the left’s obsession with “inequality” and normalization of “socialism.”

Nearly half of American millennials would rather live in a socialist society than in a capitalist one, according to a YouGov poll. That said, only 71 percent of those asked were able to properly identify either. We can now see the manifestation of this ignorance in our elections and “The View” co-host Joy Behar.

But if all you really champion are some higher taxes and more generous social welfare, stop associating yourself with a philosophy that usually brings destitution and death. Call it something else. If not, McCain has every right to associate you with the ideology you embrace.

David Harsanyi is a senior writer at National Review and the author of "First Freedom: A Ride through America's Enduring History With the Gun, From the Revolution to Today."