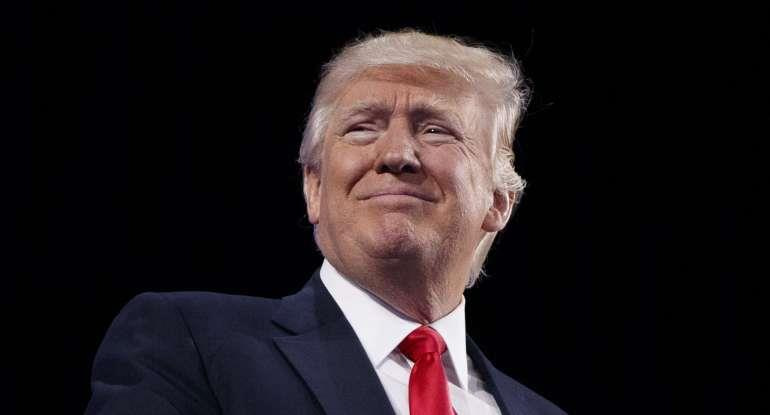 Judiciary
The Greatest Miracle of All: Trump Has Completely Revamped the 9th Circuit Court

I'm not a religious man, but what has happened to the makeup of the United States Court of Appeals for the 9th Circuit over the past few years could drive me to prayerful gratitude. Indeed, many have believed for years that nothing short of divine intervention — or disbanding the 9th Circuit altogether — could save us from this anti-constitutional monstrosity with such a dismal track record on appeal at the Supreme Court.

Long dominated by liberal justices appointed by presidents from the Democratic Party, the 9th Circuit has not exactly enjoyed a lot of success when their decisions get appealed to the Supreme Court. As of 2018, the Supreme Court had overturned an eye-popping 115 cases in the previous decade referred from the 9th Circuit,  for a dismal 76 percent overturn rate. Covering nine western states along with the territorial courts of Guam and North Mariana Islands, the 9th Circuit handles a massive caseload and refers three times the number of cases to SCOTUS as the next most active court.

During the Trump administration, however, the 9th Circuit has undergone a massive overhaul. The 9th Circuit includes 13 district courts, presided over by a total of 112 judges. The Circuit Court of Appeals, in turn, has 29 justices, meaning that 15 constitute a majority. As of November, President Trump had appointed eight new justices to vacancies on the Circuit Court.

LifeNews.com reports that pro-life groups are ecstatic about the nomination:

“We congratulate Lawrence VanDyke on his confirmation. He will be an outstanding addition to the 9th Circuit,” said SBA List President Marjorie Dannenfelser. “His distinguished record makes him highly qualified to serve on the federal bench. He is a committed and strong constitutionalist who will uphold the values and deeply held beliefs of our nation. VanDyke joins the ranks of over 150 judges confirmed to the court by President Trump – judges of the highest caliber with respect for the Constitution and the rights of all people. We are very pleased to see him confirmed.”

Father Frank Pavone of Priests for Life told LifeNews.com that President Trump has been sucessful in remaking the federal appeals court. With the Senate’s confirmation this week of Patrick Bumatay and Lawrence VanDyke for the Ninth Circuit, the president has now seated more than 170 federal judges, including his two Supreme Court nominees.

“With the confirmation this week of two judges for the Ninth Circuit Court of Appeals, President Trump continues to make good on his promise to end liberal judicial activism on the federal bench. With 13 of 29 judges on the court appointed by Republican presidents, the liberal rubber stamp of the Ninth Circuit has been stilled.”

VanDyke is the latest nominee who is also a member of The Federalist Society. As The Federalist (no relation) noted in November, almost 30 percent of all circuit court justices are Trump nominees:

[Barbara] Lagoa’s confirmation [to the 11th Circuit] is a reminder of the Trump Administration’s tremendous impact on the federal judiciary, reverberations of which will likely continue for decades after his presidency, particularly given the younger age of most Trump appointees and the lifetime tenure that accompanies a judicial appointment. Trump has appointed and confirmed double the number of circuit court judges that Obama appointed and confirmed at the same point in his presidency.

In a speech ... at the Federalist Society’s annual Scalia Dinner, Senate Majority Leader Mitch McConnell revealed his new motto, “Leave no vacancy behind.” A quick examination of the federal judiciary system reveals he has largely adhered to it. Indeed, as protesters crafted their signs for an anti-Kavanaugh protest outside the Scalia Dinner venue, the Second Circuit monumentally “flipped” in favor of Republican appointees—a reversal marked by the confirmation of Judge Steve Menashi on November 14 and Judge William Nardini on November 7.

The article later notes that 17 percent of district court justices are Trump nominees, and the average age of those nominees is a full decade younger than Obama nominees — an important note when considering the lifetime terms of these appointments.

At present, the 9th Circuit has 13 of 29 total justices nominated by Republican presidents. Just a whisker away from a majority.

This overhaul will also have the effect of dampening, to some extent, the dominance of California over the rest of the states covered by the 9th Circuit. California accounts for approximately 60 percent of the total population of the 9th Circuit, and can easily dominate the nominations.

The 9th Circuit is just one example. In all, President Trump has appointed over 170 justices to the federal court throughout the nation, including two (so far) Supreme Court justices.

Ironically, one justice from Oregon, just confirmed in November, garnered a vote from only one of Oregon's two senators. Washington County Presiding Judge Danielle J. Hunsaker was confirmed after having been included on a list of four nominees by Oregon's two Democratic senators, Jeff Merkley and Ron Wyden. Merkley failed to vote for his own nominee, however, presumably over a lack of progressive bona fides. After all, Hunsaker clerked for one of the few conservative justices on the 9th Circuit, Diarmuid O'Scannlain, who assumed senior status in 2016. Hunsaker fills the seat previously held by O'Scannlain. It seems progressives realize that they may be losing the 9th Circuit as a bastion of their legal worldview.