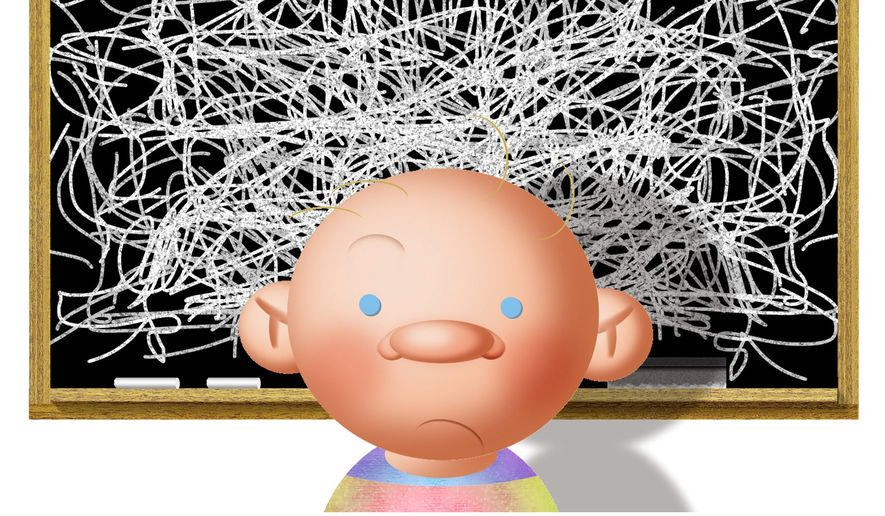 In a recent Washington Times column, titled “Is San Francisco the future of America?,” Lee Edwards, distinguished fellow at the B. Kenneth Simon Center for Principles and Politics at The Heritage Foundation, asked, “What has happened? Why is America slouching like some rough beast — not toward Bethlehem, but Gomorrah?”

This is a question we hear almost every day. “How did this happen so quickly?” It is as if we’ve have awakened from what we thought was a bad dream only to find that the nightmare is real. What in the world happened? How did we get in this mess? Intuitively we all know something is wrong.

Our culture seems to have lost its mind, lost its soul and lost its way.

Politicians, who can’t tell us that a woman is real, claim to be pro-woman.

A Congress that pretends to champion human rights tells us a child, who is one second from exiting the birth canal, is not human and has no rights.

Millions of millennials claim that socialism is good, in spite of more than 100 million people being murdered at the hands of socialists.

Precocious adolescent girls claim to be frozen in fear because the globe is “warming.”

Liars deceive while condemning those who lie.

Colluders condemn collusion while they collude.

Arrogant athletes claim America is bad, and China is good. They besmirch Madison while deifying Mao. They empathize with antifa while maligning those fighting for freedom in Hong Kong. They bow to the red and yellow of a communist regime while they kneel in protest before the red, white and blue of our constitutional republic.

An entire generation smugly tells us that they can’t tolerate our intolerance and that they hate hateful people. With zero self-awareness, they double-down on dumb and shout that they are sure nothing is sure, that they know nothing can be known, and they are absolutely confident there are no absolutes.

Media talking-heads pander to the rainbow cabal. Posturing as proponents of science, they ignore the elementary facts of biology. Claiming to be “smarter-than-thou” they conflate love with sex as if they have sex with everyone they love. They listen to poorly informed children and ignore thoughtful adults. They deny God while worshiping themselves.

Progressive mayors smile smugly because of the number of homeless they have in their streets while they condemn conservatives for creating the homeless and not granting more taxes to stop crime now rampant on every street. Sidewalks are littered with human feces in the name of human rights. Children dodge dirty needles while walking to schools that teach them nothing is wrong and nothing is right.

How did we get here? The answer is simple. The blame lies with education.

If you teach your children nonsense for decades, it should not surprise you that you suddenly live in a culture that has no sense.

We are where we are today because of education. The fault for the nightly news lies with our colleges, universities and our public schools. But the blame also lies with us. All parents and other citizens who support these broken schools, with their tuition and tax dollars, need to wake up and face reality. Until we stop sending our kids off to intellectually bankrupt schools, we can expect nothing other than an intellectually bankrupt culture.

Why would anyone want their son or daughter to incur massive debt to spend four years (or more) in what amounts to a politically correct indoctrination camp? Why is mortgaging the family farm to send your child off to intellectual gulag of snowflake fascism a good idea?

The fault is ours. Why do we continue to vote for school bonds and throw more money at teachers who elevate LGBTQ over the ABCs? Why do we remain silent when our children seem to know more about condoms than the U.S. Constitution? Why do we shrug in silence when they can tell us more about drag queens than the Declaration of Independence?

The only solution is to stop supporting this nonsense.

It is really quite simple: If you want a moral culture, then stop paying for your kids to be taught by those who mock morality.

If your school is woke, it’s a joke.

• Everett Piper, former president of Oklahoma Wesleyan University, is a columnist for The Washington Times and author of “Not A Day Care: The Devastating Consequences of Abandoning Truth” (Regnery 2017).