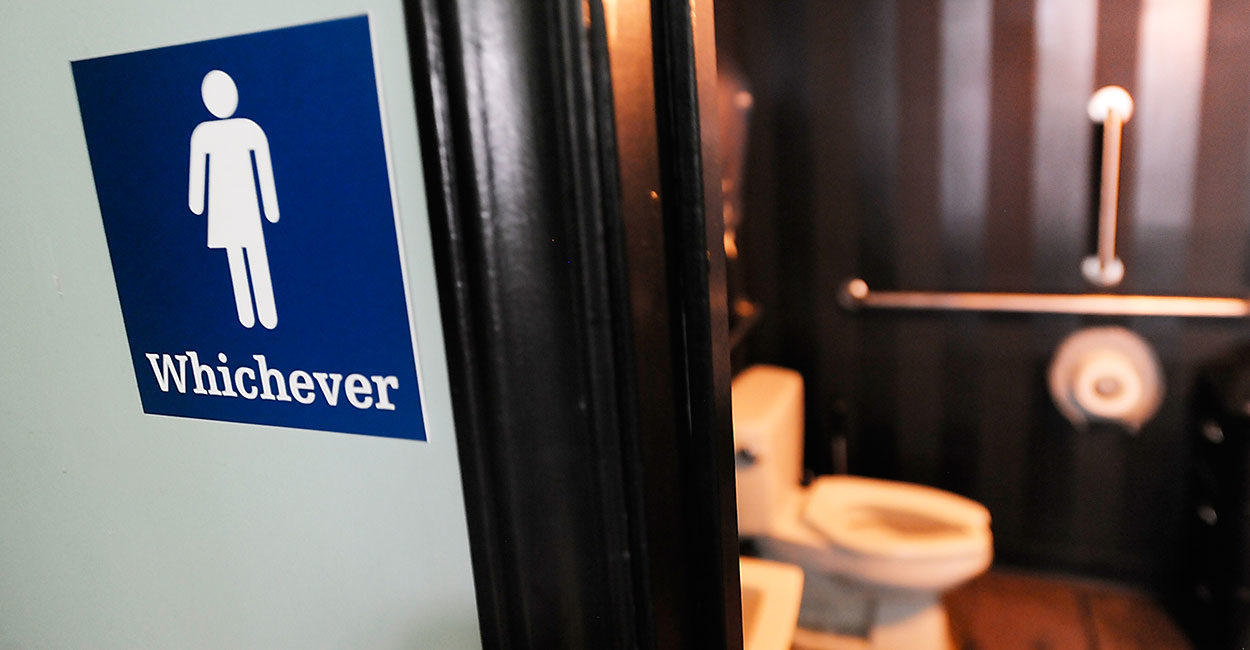 Jasper, Georgia, isn’t a big town. At last count, it had about 3,800 residents. So it was a big deal when 900 squeezed into the Pickens High School auditorium determined to stop Jasper from becoming the next stop in the march for transgender bathrooms.

For the small community, the time for polite conversation was over.

The residents packed into the special school board meeting were angry. They’d already made accommodations for the two students who identified as another gender, setting up single-person restrooms for anyone who wanted them. The trouble is, these kids weren’t satisfied with that compromise.

In a fiery meeting that pit Superintendent Carlton Wilson against most of the town, moms and dads like Nathan Barfield were furious. Barfield says his two children are being made uncomfortable because a handful of students want access to any bathroom.

The demand for socialism is on the rise from young Americans today. But is socialism even morally sound? Find out more now >>

“Most people won’t say anything because they fear retaliation,” Barfield fumed. “[But] accommodations have already been made for transgender students. This is nothing but a political stunt to gain attention.”

A raucous applause broke out, punctuated by a series of “Amens!”

“Once you give into this, you’ll open the floodgates,” warned one mom.

In places like the U.K., where this sort of gender free-for-all is commonplace, parents are distraught about the rise in their kids’ anxiety. Some girls are staying home so they don’t have to use the bathrooms with boys. Others are risking bladder infections by not drinking.

Here in the U.S., even liberal parents are calling it a “bathroom crisis.” The Atlantic, not to be confused with a conservative magazine, is the latest to sound the alarm, publishing a long feature from George Packer headlined “When the Culture War Comes for Your Kids.”

Packer tells the story of sending his son to a public school in New York City to expose him to more diversity. There, a single girl in the second grade “had switched to using male pronouns, adopted the initial Q as a first name, and begun dressing in boys’ clothes.”

Within two years, “almost every bathroom in the school, from kindergarten through fifth grade, had become gender-neutral. Where signs had once said boys and girls, they now said students,” he writes, adding:

Kids would be conditioned to the new norm at such a young age that they would become the first cohort in history for whom gender had nothing to do with whether they sat or stood to pee. All that biology entailed—curiosity, fear, shame, aggression, pubescence, the thing between the legs—was erased or wished away.

The school didn’t inform parents of this sudden end to an age-old custom, as if there were nothing to discuss. Parents only heard about it when children started arriving home desperate to get to the bathroom after holding it in all day. Girls told their parents mortifying stories of having a boy kick open their stall door. Boys described being afraid to use the urinals.

Our son reported that his classmates, without any collective decision, had simply gone back to the old system, regardless of the new signage: Boys were using the former boys’ rooms, girls the former girls’ rooms. This return to the familiar was what politicians call a ‘commonsense solution.’ It was also kind of heartbreaking. As children, they didn’t think to challenge the new adult rules, the new adult ideas of justice. Instead, they found a way around this difficulty that the grown-ups had introduced into their lives. It was a quiet plea to be left alone.

In Jasper, the parents were fortunate. They won. Wilson saw the outpouring of opposition and reconsidered.

But despite all the Trump administration has done to put these decisions back in communities’ hands, there will always be a small army of activists who try to slip this indoctrination into your district.

When that moment comes, make sure you’re prepared. Read through Family Research Council’s “A Parent’s Guide to the Transgender Movement in Education” and make sure to watch the powerful stories from people at the Values Voter Summit who’ve suffered at the hands of this agenda.