NEWS
‹‹ Mayor Briley was a disaster for Nashville
The Democrat debate was terrifying. Who are these people? ›› 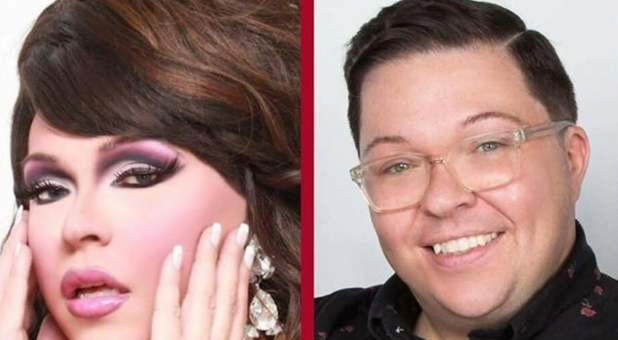 Kevin Whitt received plenty of praise and admiration as a drag queen. People treated him like a celebrity when he performed as a woman.

But when a male stripper in a gay strip club invited him to church, Whitt had no reason to say no. He thought the man was joking, but the following Sunday morning, Whitt woke up to the man honking outside his house.

"I hadn't even taken a shower or anything," Whitt says on the "Charisma News" podcast. "So I quickly brushed my teeth, just threw on the clothes I had on the night before, which were girl clothes. And we go to church in Fort Lauderdale, Florida, and we went to Calvary Chapel. And he had his hands out to worship God, and I was like, 'OK, he was just at the club last night getting drunk, dancing to the song.'"

Whitt asked the man why he was at a gay bar the night before going to church. The man told him he was struggling with his sexuality but was trying to find help through a ministry at the church.

Whitt and that man never spoke to each other again, but that odd experience planted a seed in Whitt's heart.

Later on, several of Whitt's friends died from suicide, HIV, drug overdoses and other heartbreaking circumstances that accompany the kind of lifestyle he was living. Around that time, he caught a severe case of pneumonia that forced him to go to the hospital.

As soon as Whitt was released from the hospital, one of his friends invited him to church for Easter Sunday. Whitt was not prepared for the encounter he had with the Holy Spirit that day. He spent the service sobbing and marveling at the price Jesus paid to save him.

But that didn't mean all of Whitt's inner struggles went away immediately. Instead, the Holy Spirit had to lead him on a journey of healing from the trauma he experienced since his youth.

"No one is born gay," Whitt says. "But no one chooses to be gay, either. Homosexuality is the direct manifestation of neglect and abuse as a child. ... What we have in America is a country full of father wounds, and those father wounds lead to many things."

Listen to the podcast to hear how the Holy Spirit healed Whitt of his gender dysphoria and how he's helping others. You can hear him speak in Orlando at the Freedom March on Sept. 14!