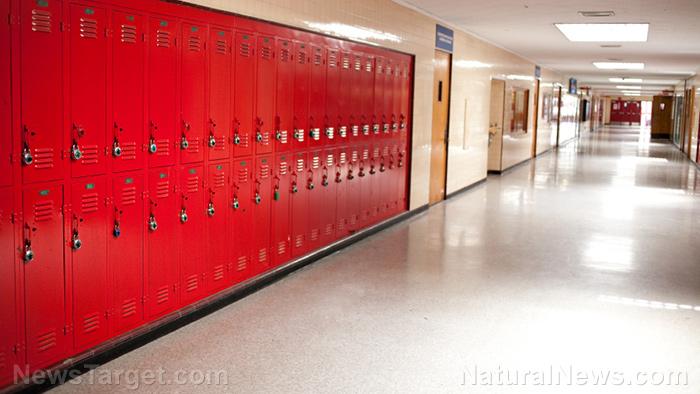 (Natural News) Thanks to the incessant Left-wing counter-culture social engineering and increasing levels of violence and bullying, more American parents are pulling their kids out of failing government schools and teaching them at home.

As reported by The Washington Times, the recent school shooting at Parkland, Fla., was the last straw for scores of parents. The paper noted that “the phones started ringing at the Texas Home School Coalition, and they haven’t stopped yet.”

The Lubbock-based organization has been swamped with inquiries for months from parents seeking safer options for their kids in the aftermath of this year’s deadly school massacres, first in Parkland and then in Santa Fe, Texas.

“When the Parkland shooting happened, our phone calls and emails exploded,” said coalition president Tim Lambert. “In the last couple of months, our numbers have doubled. We’re dealing with probably between 1,200 and 1,400 calls and emails per month, and prior to that it was 600 to 700.”

While the debate rages anew over familiar topics following such tragedies — tougher, more restrictive gun control laws and bolstering security at public schools — the revolution in homeschooling has been taking place quietly, behind the scenes and off the radar screens of most political organizations.

But again, it’s not just the shootings, which admittedly have increased in the past couple of years. Christopher Chin, head of Homeschool Louisiana, told The Times that parents are fed up with “the violence, the bullying, the unsafe environments.” (Related: Learned: Minnesota public school forcing KINDERGARTEN students to study ‘WHITE privilege’)

Much of this is due to outright negligence on the part of local government-controlled schools. In the case of Parkland, for instance, the accused shooter — Nikolas Cruz — was a known threat to the community (and the FBI), but he was nevertheless placed in an Obama-era program called PROMISE, which was originally aimed at shielding “minority” school kids from arrest and prosecution for certain crimes.

Marjory Stoneman Douglas High School Superintendent Robert Runcie initially said that no, Cruz wasn’t in the program — which was a lie. He was.

“One of the things we’ve seen definitely an uptick in the last five years is the aspect of violence. It’s the bullying. That is off the charts,” Chin told The Times, citing a primary reason parents are more concerned today than ever about leaving their kids in a public school.

The Left is driving more kids OUT of public schools

There is also the Left-wing social engineering. The craziness over transgender students and bathrooms/locker rooms, allowing students to “take a knee” during the playing of the National Anthem, the Left-wing curriculum, and refusing to allow students to wear shirts that praise POTUS Trump or feature the American flag are also driving parents into homeschooling.

The violence, though, is the biggest issue.

Brian D. Ray, who heads up the National Home Education Research Institute, in Salem, Oregon, who’s conducted homeschooling research for 33 years, told The Times that concern over school safety has reached the top of the charts for most parents.

He said the top three reasons that parents choose homeschooling are a desire to provide religious instruction or different values than those offered in public schools; dissatisfaction with the academic curriculum, and worries about the school environment.

In 2017, the U.S. Department of Education estimated that 1.69 million kids between the ages of 5 and 17 were homeschooled, based on spring 2016 numbers. And that data comes just from the 15 states that track homeschooling, as well as Maricopa County, Arizona (Phoenix).

That number is only going to increase unless the Trump administration can reverse decades of Alt-Left manipulation.

J.D. Heyes is editor of The National Sentinel and a senior writer for Natural News and News Target.