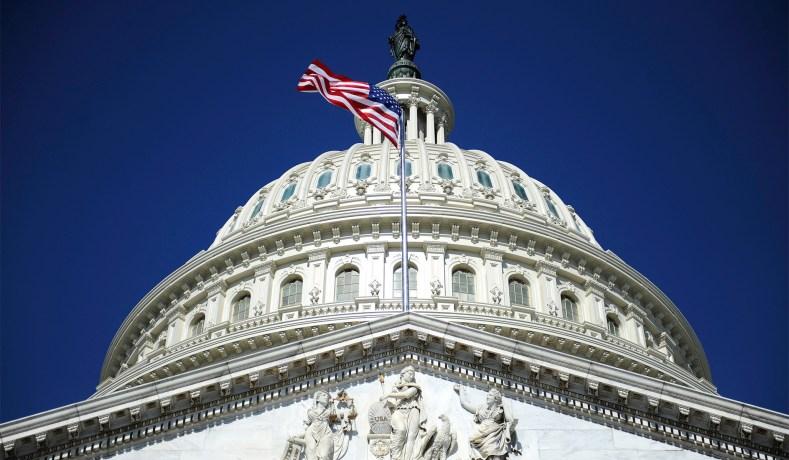 The conventional wisdom among Washington Republicans is that populist conservative voters no longer care about spending or deficits.

President Trump and congressional leaders are nearing a deal that would raise the discretionary-spending caps by $320 billion over two years and offset less than one-quarter of those costs (and even those offsets would take a decade to materialize). The budget deal would essentially repeal the final two years of the 2011 Budget Control Act and raise the baseline for future discretionary spending by nearly $2 trillion over the decade.

This represents a fitting conclusion of the Budget Control Act — the crown jewel of the 2011 “tea-party Congress.” The decade-long shredding of these hard-fought budget constraints mirrors the shredding of Republican credibility on fiscal responsibility.

The story begins a decade ago, when a budget deficit that had declined to a modest $161 billion by 2007 was hit with the Great Recession. While recessions always automatically raise budget deficits (fewer tax revenues, more unemployment and welfare costs), President Bush, President Obama, and both parties in Congress deepened the red ink with the TARP bailouts, which were initially expected to cost $700 billion, as well as with President Obama’s nearly $1 trillion stimulus law, which failed to rescue the economy even by the White House’s own metrics. By 2009, the deficit had exceeded $1 trillion for the first time, reaching $1.4 trillion. Horrified by Washington spenders, CNBC’s Rick Santelli stood on the floor of the Chicago Mercantile Exchange on February 19, 2009, and called for a “tea party” to end the bailouts, stimulus payments, and red ink. Grassroots tea-party groups formed — further enraged by the later enactment of an expensive new Obamacare entitlement — and helped Republicans capture the House in 2010 with a stunning 63-seat pickup and also pick up seven Senate seats.

The new “tea party” House majority declared an end to deficit politics as usual. The new majority quickly banned pork-barrel earmarks and trimmed the 2011 appropriations bills that had been carried over from the previous year. The House then rallied around a budget produced by House Budget Committee chairman Paul Ryan (R., Wis.) that would gradually eliminate the deficit by converting Medicare to a premium-support model, repealing Obamacare, and cutting other spending. While Senate Democrats blocked these reforms, the need to raise the debt limit over the summer gave House Republicans unique leverage to force policy concessions from President Obama and Senate Democrats. The deficit-obsessed Republicans expressed a willingness to risk defaulting on national-debt interest payments in order to force spending cuts. And after months of intense negotiations, the two parties agreed to the Budget Control Act, which would cap discretionary spending through 2021 at much lower levels than the baseline, saving $2.1 trillion over that period.

Unfortunately, this victory — which seemed like it would be the first of many — proved to be the apex of the tea-party movement. Without the leverage of the debt limit, President Obama and Senate Democrats could easily block House Republican spending reforms. The 2012 reelection of President Obama then cost the tea-party GOP some of the momentum that it acquired two years earlier.

By 2013, even congressional Republicans were beginning to complain about the tight discretionary-spending limits brought on by the Budget Control Act. In particular, defense hawks chafed at the defense caps, and showed a willingness to give Democrats domestic spending hikes in return for defense hikes. The result was a deal negotiated between the House and Senate Budget Committee chairpersons (Ryan and Democratic senator Patty Murray) that would increase the discretionary caps by $63 billion over 2014 and 2015, in return for new user fees and cuts to mandatory programs. The fees and cuts would occur over the following ten years, and some were quite

Once the 2014 and 2015 spending caps were raised, there was no way lawmakers would ratchet spending back down to the cap levels in 2016. So two years later, another “Ryan-Murray” deal raised the 2016 and 2017 spending caps by a combined $80 billion, once again with ten years of somewhat-gimmicky mandatory spending offsets.

During that period, Senate Republicans tried again to use a looming budget deadline to force major budget concessions from President Obama. Led by Senator Ted Cruz (R., Texas), Republicans shut down the government in October 2013 to pressure President Obama into repealing Obamacare before it could be fully implemented. Their wild overreach failed and likely cost the tea-party movement support among increasingly skeptical moderates and independents.

But the election of President Trump — with the tea-party Senator Ted Cruz, among others, defeated in the process — may have finally killed the tea party as a whole. Trump, who called himself the “king of debt,” deemphasized spending restraint and even promised that Social Security, Medicare, and Medicaid, the overwhelming drivers of long-term deficits, would be off limits to reform. His surprising election marked a replacement of the GOP’s free-market conservatism, exemplified by Ryan, with a more populist, big-government conservatism. By 2017, a Pew poll showed that just 15 percent of Republicans supported paring back the escalating costs of Medicare or Social Security to bring down the deficit

With a president not focused on deficit reduction, and even Republican voters opposing many spending cuts, congressional Republicans largely surrendered on spending and deficit restraint. Instead, they passed a $2 trillion tax cut that represented solid economic policy but did not even attempt to offset the new cost with spending cuts. And in contrast to “starve the beast” rhetoric, these tax cuts led to more — not less — federal spending. Once you’ve cut taxes for corporations, it would be political suicide to turn around and tell seniors that they must now accept cuts to Medicare. Instead, all groups demand their own share of the new benefits.

By early 2018, surrendering Republicans raised the 2018 and 2019 spending caps by a staggering $296 billion, this time with less than $50 billion in offsets over ten years. An effort by conservative House Republicans in 2017 and again in 2018 to trim the growth rate of entitlement spending from 5.9 percent to 5.8 percent per year was rejected by Republican senators for being too radical. Even a rescission bill that would reduce unnecessary spending by a mere $1 billion over ten years — or 0.002 percent of the budget — was defeated in the Republican Senate. Instead, lawmakers renewed billions in new farm subsidies for wealthy farmers and considered bringing back pork-barrel earmarks. Legislation to repeal and replace ObamaCare was defeated in the Republican Senate.

And that brings us to 2019, when the return of trillion-dollar deficits has been met with a collective shrug from Republican leaders. The conventional wisdom among Washington Republicans is that populist conservative voters no longer care about spending or deficits and that Democrats and hostile media would savage any attempts to rein in government. So the debt limit is now regularly suspended, and the final two years of the Budget Control Act, 2020 and 2021, are poised to see a spending-cap increase of $320 billion with only minimal offsets. At one point, Republicans discussed extending the spending caps beyond 2021. Now, they will skip the charade.

The tea party burst into Washington pledging spending restraint, balanced budgets, and accountable government. Even the possibility of defaulting on the national debt was an acceptable price of reform. Roughly a decade later, budget deficits are again reaching $1 trillion, spending is soaring, Obamacare remains on the books, and Republicans are raising the debt limit and eviscerating their lead accomplishment, the Budget Control Act.