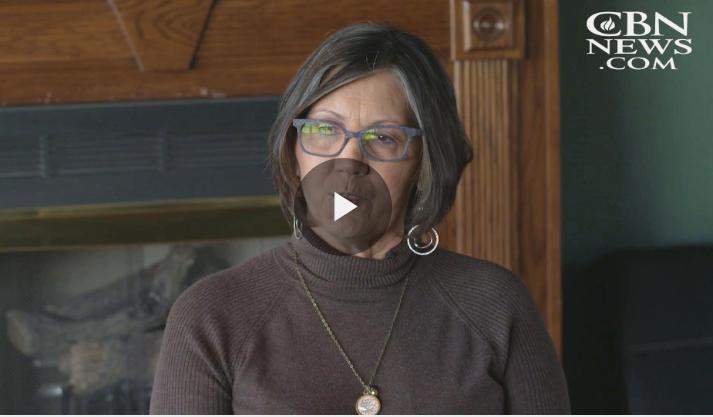 INDIANAPOLIS – Sex trafficking is a multi-billion dollar crime and its tentacles spread all across America.

Pastor Hubert Nolen heads up a mission to fight it. He said of sex trafficking, "What is your zip code? And whatever your zip code is, chances are there'll be a young girl trafficked in your zip code tonight. And that's how rampant it really is in America."

Nolen had preached for decades in the Indianapolis area but was hankering to be involved in a different kind of ministry. He described it as, "A ministry that would go to the streets and highways and byways and bring in the less fortunate, the least of these, the broken, the bruised, the battered."

Many victims escape sex trafficking, but then don't find a firm support net to recover. They often need a place of refuge, intense therapy, education and ministry to get back on their own two feet.

'The Feet & Hands of Jesus'

Nolen hungered to give all that to such people, saying, "I wanted to be the feet and hands of Jesus, going out there where hurting, broken people were."

But he had neither the means nor a place. Until what he considers a miracle took place.

"At the same time as I step aside from the church, this 26-acre campus, 210,000 square foot facility comes on the market," he said, gesturing at the massive property stretching out on every side of him.

Then donations began to pour in that made it possible to purchase that former college campus and open and operate Hope Center Indy.

There, dozens of women who have fled sex trafficking find a home, education, therapy, and the gospel.

CBN News won't divulge any of their identities because attempts have already been made by traffickers to take women back from Hope Center Indy.

It's not that far from danger, Nolen said, explaining, "We're about five minutes from the war zone here in Indianapolis where somebody is being shot and killed every single week."

From Rape to Addiction to Death

But "Barbara" told CBN News what she faced during the years she was trafficked: "Rape. Physical abuse. Mostly sexual abuse."

She said the years of it transformed her into someone she definitely didn't want to be. "I had turned into an addict, an alcoholic, a liar, a manipulator."

Drugs took a massive toll on her. "I ended up getting on opioids and heroin. Fentanyl came into the picture and I overdosed. And finally, at the overdose, I was dead."

But doctors brought her back to life and she ended up in jail for two months. It all made her want to escape the lifestyle once and for all.

What was done to Barbara is horrific, but others who've fled to Hope Center Indy have faced even worse.

Five-year-olds Trafficked by their Own Families

Nolen spoke of such cases, saying, "They get trafficked by their own family for drugs, for rent money, for whatever. And so some of the most difficult cases for us are when a young girl was trafficked when she was five, six, seven years old."

Barbara finally escaped from her pimp, saying, "I was able to run. I hid away in another state for a little over four years."

Then she heard Pastor Nolen's son and partner in the ministry.

"He was talking to a group of people about Hope Center and what they were doing here and what God was doing here," she said. "And that was it. It called to me loud. It said 'come home, come home!'"

Nolen said donations keep the doors open at Hope Center Indy, but it also takes a large network of volunteers to serve and aid the women taking refuge there.

"Over the last two years, we've had over 100,000 volunteer hours served here at the Hope Center," he stated.

One such volunteer is Janell Mohr, who says she can relate to many of those young ladies.

"I had an affair, got pregnant, my husband divorced me," she told CBN News. Of the women she now helps, Mohr said, "People look down on them and think that their past portrays who they are. And that doesn't have to be that way."

Mohr suffers from ALS – a terminal illness – but that doesn't stop her from volunteering hours a week.

"I transport the girls and mentor a handful of them," she said. "The girls can trust me, and I can love on them."

More than five years ago, Mohr was told the ALS would kill her in two to five years. But she's still going strong.

No Better Way to Spend Her Last Days

"I should be dead. With this illness, there is no fix for it and there's no medication. But by God's grace, I'm still here," she said with a laugh. "God gives me strength every day."

Even if her life does end soon, Mohr insisted she can't imagine a better way to spend her last days than helping out these young women.

She told CBN News, "They say 'why do you spend your time with us?' And I say 'because I love you. Because God sent me here.'"

Barbara said of the volunteers and mentors like Mohr, "From the moment I got here, they loved me even on days I don't love myself."

Nolen said he's immensely proud of how those taking refuge at Hope Center Indy are turning their lives around.

"Over the last year or so, we've seen about 30 to 35 of them make a public confession of faith in Christ," he said.

Some who didn't finish high school are getting their GEDs or aspiring to go even further.

"Just this year we've had a graduate who's now in college. And in her first semester she pulled a 3.87," Nolen said, adding, "Her desire is to stay here and be a mentor and to help these women as they come out."

Barbara said it's staggering how much aid someone escaping from sex trafficking can need.

"I didn't just need help with drug addiction and alcohol," she explained. "I needed help

with everything from learning how to finance money to obtaining a job, holding a job, boundaries; just simple things that you would take for granted."

Barbara admitted it sometimes makes the work of the mentors and counselors tough.

That's one of the reasons Nolen so respects those volunteers who've thrown their lives into this work alongside him.

Mohr agreed, saying of the young women she's mentored, "The Lord just really brought those people into my life to show me what I could share with others. And they, in turn,

give me love that I need."

If Only Buyers Could See This is Someone's Daughter

The pastor wishes those who buy sex could see the damage they're abetting.

"The buyers and the johns…they don't have a lot of understanding of what is really happening to that young girl," he offered. "And I think they forget that that's someone's daughter. That is someone who is loved and cherished by a mom or a dad or a grandma or a grandpa…somebody that really cares for that young girl."

Hope Center Indy has received help from many sources, but Nolen loves the fact that it's mainly believers helping in this work.

"When I started the Hope Center, it was my dream that somehow it could be the cause of God," he explained, adding, "I think the greatest joy for me is to see the Body of Christ and what it's actually doing for these women. And how we've become one and we are unified for a cause and a purpose. And that is to rescue and to help these ladies really find Christ and then to get their life back and have a new beginning."

It takes a huge sum of money, but Nolen said he didn't really want, "Federal government or state government tax dollars. I just felt like I wanted Jesus dollars."

That's what the Hope Center Indy has seen. It's become an example of what the unleashed Body of Christ can do when believers put their mind and their back to it. And hope is exactly what the women like Barbara have found on this campus.

She said she's found out, "There's nothing I can't do and recover from with God on my side. I have learned that here at the Hope Center."

To find out how you can help those trapped in the modern-day slavery of human trafficking, go to CBN's Human Trafficking resource page.