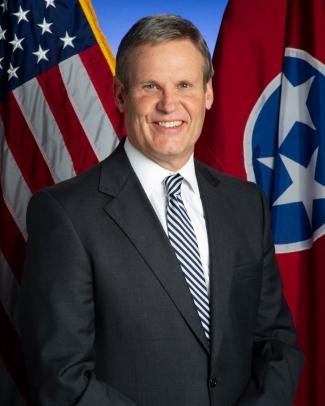 Gambline
Sports Betting: When a Governor Makes a Bad Decision

We took the time last year to note and commend businessman Bill Lee for stepping up and running for Governor of Tennessee. The people of the Volunteer State took notice as well when they elected Mr. Lee with significant and surprising majorities.

The very last thing we would have ever imagined is that in his first term, Governor Lee would fail to take a strong stand against the legalization of sports betting in Tennessee. The Governor campaigned against expanded gambling. Unfortunately, the leadership of his Republican Party folded when a dozen gambling lobbyists showed up at the Statehouse. They narrowly passed a ridiculous bill that puts the good people of Tennessee and especially college and professional athletes, coaches, trainers, officials and many more at great risk. The Legislature did the wrong thing. They should have never hastily passed HB 0001. And Governor Lee should have vetoed that bill. He refused to do so after repeated requests by many.

We would like to know why but the Governor is stonewalling. He will not discuss the matter with us or anyone in the media. Therefore we are obligated to encourage the good people of Tennessee to keep pressing their Governor for real answers to this very real question. And by the way, stonewalling is not what Bill Lee promised either. He promised smart business decisions and transparency. So far we have seen neither on this issue.

Taking on a seated Governor is never easy. We have done so several times over the past 40 years. We have been forced to challenge friends on statewide ballot issues, legislative referendums and even all the way to the Supreme Court. We have won more of those battles than we have lost but they are NEVER easy and never fun. But something happens, even to the best people, when they are surrounded by professional consultants and staffers who are trying to protect the boss. Lots of time people in power and around power lose perspective. That is when “we the people” have to do what is necessary. We have to double our prayers and our diligence. We have to ask our legislators to pass laws or repeal laws as the case may be. And we must have the courage to run for public office, encourage and support others who are willing to do the same and stand on principle over party and power.

In Tennessee, the decision to take the state into the sports betting business is a serious mistake. It is a mistake for every state in the union. People are going to get hurt. Families are going to be destroyed. The games we all love are going to become profit centers for the casino gambling moguls and our schools, universities, public stadiums and teams are all going to become pawns in this process. No servant of the people can look the other way when so much is at risk.

Now the battle moves to the state of Ohio, where two bills have been introduced in the legislature to legalize sports gambling. New Governor Mike DeWine has also been an opponent of legalized gambling. Now would be an excellent time to contact his office and encourage him to oppose any and all forms of sports betting in the Buckeye State. Why should THE Ohio State University or any school in Ohio ever be caught up in a scheme like expanded sports betting?