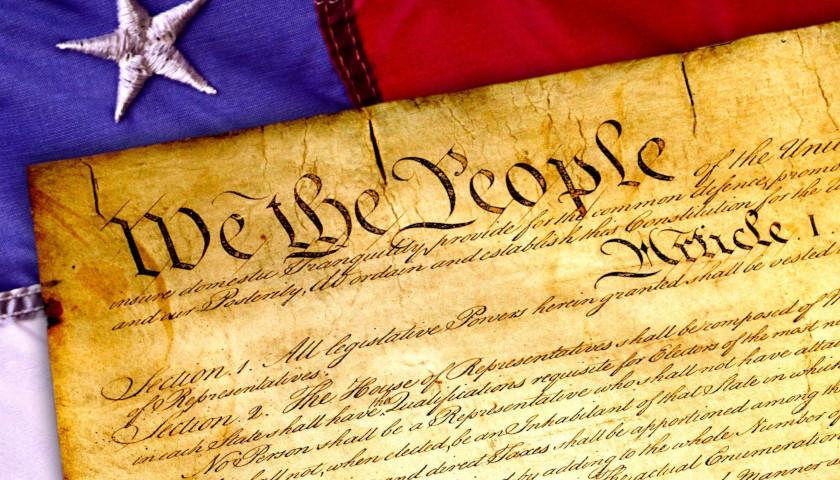 Politics
Commentary: The New Social Contract We Must Reject

America’s public life is disordered; our discourse toxic. Competing lists of scandals and abuses (calls for impeachment, “nuclear options,” attacks on free speech, and so on) are long and shop-worn—and often miss the real issue that something profound, systemic, and dangerous has happened to our nation. A hostile ideology now permeates the institutions that inculcate our children’s values, that shape or manufacture public opinion, and that supply the public with our only menu of political options from which to choose.

In effect, our ruling class has declared a new social contract, and they expect us to accept in silent acquiescence.

A social contract reveals itself in action, not ideas, and the true nature of the new, progressive contract emerges in countless examples of applied tyranny rather than its rhetoric of liberation. If we allow this new social contract to become our national norm, we will no longer be Americans in any meaningful sense. We will descend from a self-governing people into the subjects of social democratic elites who will dictate what kinds of political, economic, and social relationships we have with one another and with our new rulers.

American public life grew from a creative tension between two competing but ultimately compatible visions of who we are and what makes our common life meaningful. In effect, Americans have lived in and between two social contracts, which we have come to call “liberal” and “conservative.”

Our liberal social contract is largely individualistic; it stresses natural rights, political consent, and legal protections that extend from protecting contracts to guaranteeing equality of opportunity. Our conservative social contract, accepting much of liberalism, undergirds it by emphasizing the ties of community—of family, church, and local association—that make economic and political cooperation possible and help give life meaning. Freedom and stability, rights and duties, personal drive and the deeper ties and shared stories that bind us, these seeming contradictions have served as the poles of our common life, allowing us to forge a society of dynamic, ordered liberty.

Things have changed. Whether in the sweeping power grab of Representative Alexandria Ocasio-Cortez’s “Green New Deal,” the old-style socialism of Senator Bernie Sanders, or the dogged resistance of “mainstream” Democrats to any judicial nominee who recognizes the duty of judges to follow rather than make law, formerly fringe positions have coalesced into a new consensus on the left more radical than anything we have seen previously in our two-party system.

How did this happen?

Barack Obama’s vapid speechifying about America’s coming “fundamental transformation” sounded sophomoric to many of us but inspired others—activists, academics, journalists, and politicians—to believe their vanguard had finally captured all the important cultural and political high ground. The words were conceptually empty but nonetheless important as they signaled a coming out for this vanguard. Feeling free to use naked power to implement their new social and political model, progressives largely immobilized non-progressive elites whose foolish complicity in the building of the new paradigm left them without a script.