NEWS
‹‹ Jeffrey McCall: From Transgender to Transformed by God
CAIR: Defending the Right to Be Anti-Semitic ›› 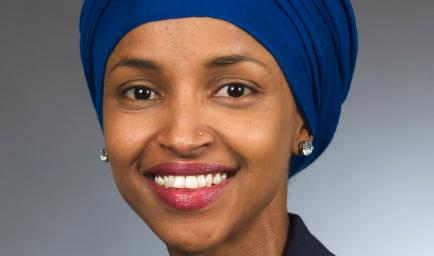 Anti-semitism
Anti-Semitism: Let Us Choose the Path of George Washington, Not Ilhan Omar

For example, the label “socialist” once constituted a slur to which liberals would object.  And rightfully so.  Socialism constitutes an oppressive governmental system that relies upon compulsion, wreaks economic havoc and has directly caused the deaths of tens of millions of people over the past century.

Today, however, liberals proudly accept the label, and Gallup surveys show that Democrats view socialism more positively than capitalism by an astonishing ten percentage points.  Apparently, conditions in places like Venezuela, Cuba and North Korea aren’t yet catastrophic enough to dissuade them from their fantasies.

Elsewhere, extremist concepts like single-payer healthcare, slavery reparations and tax rates up to 90% were dismissed by such recent liberal icons as Barack Obama, Hillary Clinton and Bernie Sanders.  Approaching the 2020 election season, however, those propositions have become mainstream policy positions on the left.

Now, an even more sinister sentiment appears to be gaining a foothold among liberals:  anti-Semitism.

Many liberals might object to that suggestion, of course.  They’ll typically respond that criticism of Israel or pro-Israel Americans is separable from anti-Semitism.  But for numerous reasons, those rationalizations cannot withstand even passing scrutiny.

For instance, consider celebrated freshman Representative Ilhan Omar (D – Minnesota), who tweeted, “Israel has hypnotized the world, may Allah awaken the people and help them see the evil doings of Israel.”